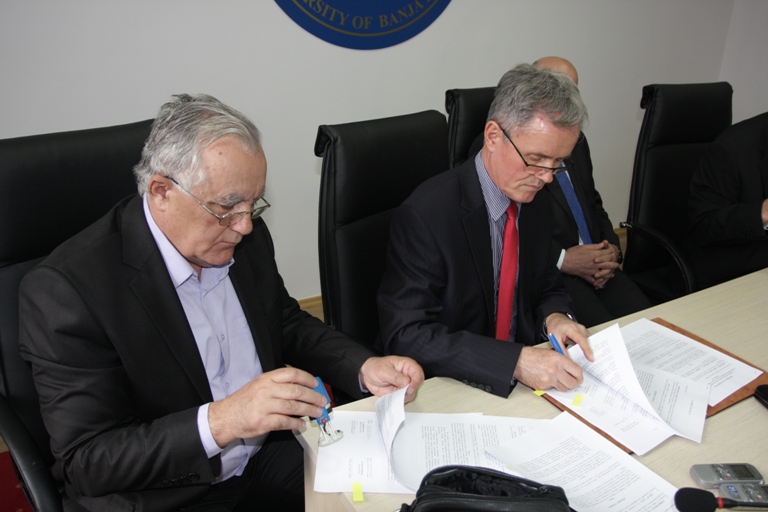 The Rector used the opportunity to express his gratitude to the line ministry of the Government of the Republic of Srpska and the National Assembly for having understanding for the needs of students and for providing 6.2 million BAM for the construction of the fourth residence hall. The Rector also highlighted that he expected the follow-up of the cooperation with the abovementioned institutions in terms of creating means and other assumptions for the construction of the fifth residence hall.

Expressing his contentment because of the signed Contract, Minister Mutabdzija stated that this event contributed significantly for making strong assumptions that the University of Banja Luka might become one of the regional leaders, and that the improvement of the standards for our students is one of the long-term objectives of the relevant institutions in the Republic of Srpska. 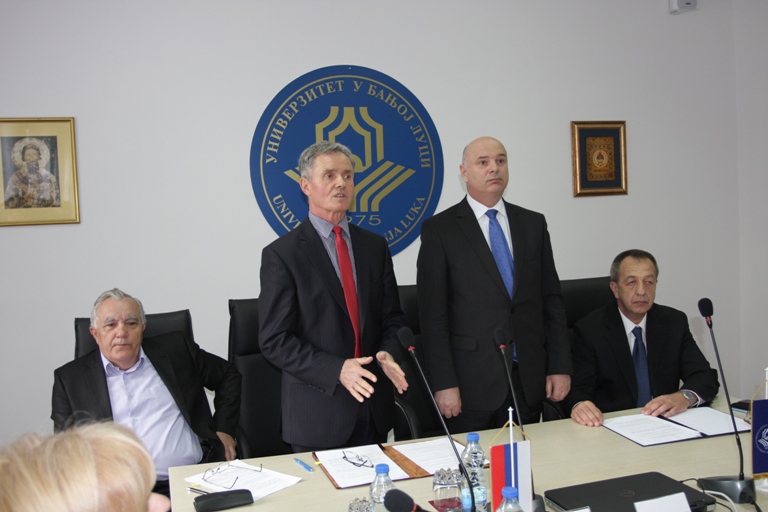 Mr Stjepanovic, the Director of the Tigar Company also declared his contentment for being part of this project and emphasized that “his company would give their best to conduct their activities and operations in an excellent manner. As the Director of the Directorate for the Reconstruction and Construction of the Republic of Srpska, Mr Vukalovic took the opportunity to remind all the present of some technical features of the fourth residence hall. 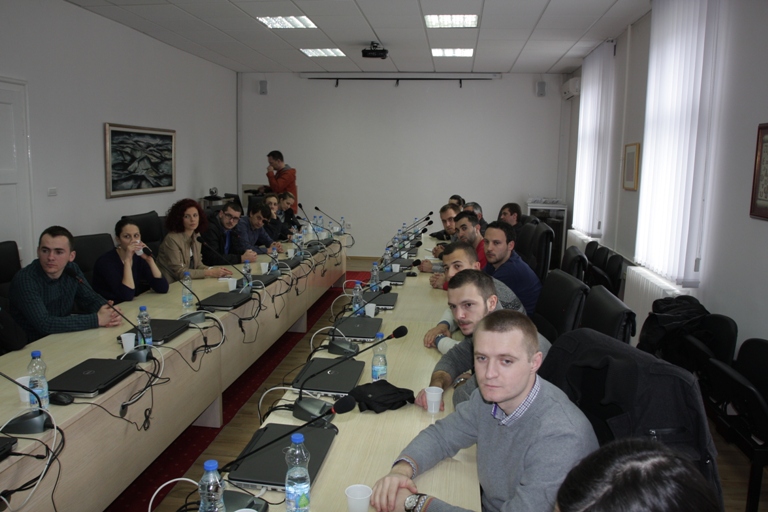 Namely, the fourth residence hall would be of the 16.15x63 m dimensions and it would consist of the basement, ground floor and five floors. The accommodation capacity would be 140 twin rooms with a bathroom and a balcony. Within the building, there will be an ambulance and laundry together with some administrative premises of the Student Center. Next to this building, a theatre consisting of basement rooms and the ground floor will be built.
As stated after signing of the Contract, the work on the construction of the fourth residence hall will begin in the following 15 days and the completion of the construction is planned for the next spring 2015, upon which furnishing of the object will ensue, and the first residents of this hall are expected to move in at the beginning of the 2015/2016 academic year.