History and Foundation of the University

The second half of the 20th century was marked by rapid changes in science, technology and engineering, which influenced the constitution and development of the University of Banja Luka.

University of Banja Luka was founded on 7 November 1975, and its establishment was preceded by the formation of several colleges and faculties in this area. 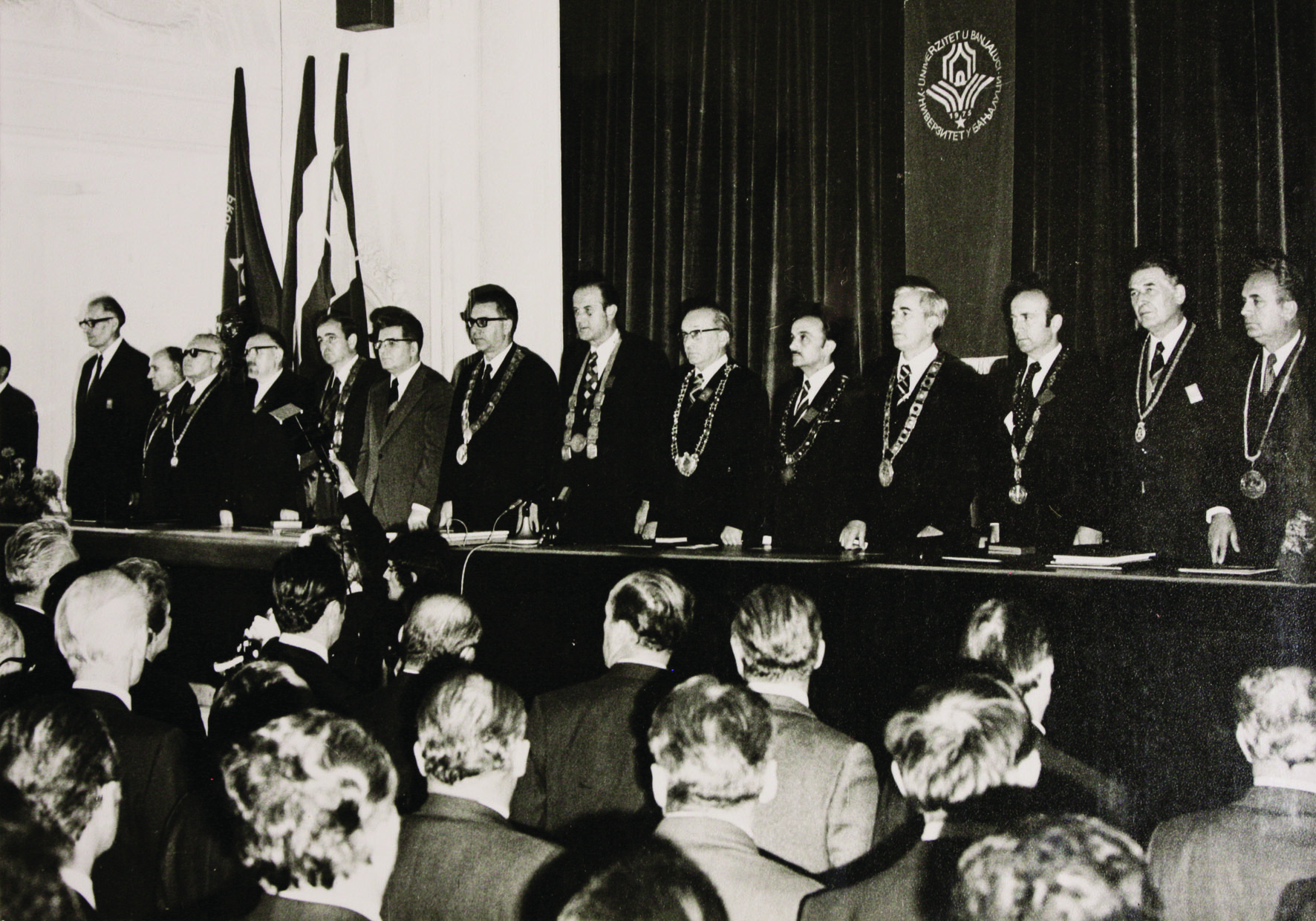 The first higher education institution in Banja Luka was established in 1950. It was the Teacher Training College, which in the first year took in 38 students – young men and women from this region. During that period, several more higher education institutions were formed in Banja Luka. The Faculty of Engineering was first established in 1961, followed by the College of Economics in 1969, and after that several outlying departments of the Sarajevo Faculty of Mechanical Engineering, Faculty of Law and Faculty of Economics. In a period of only four years, all these departments became independent faculties.

The results achieved made the relevant authorities establish the University of Banja Luka on November 7, 1975 - the second university in the then Bosnia and Herzegovina and the fifteenth in the then Yugoslavia. 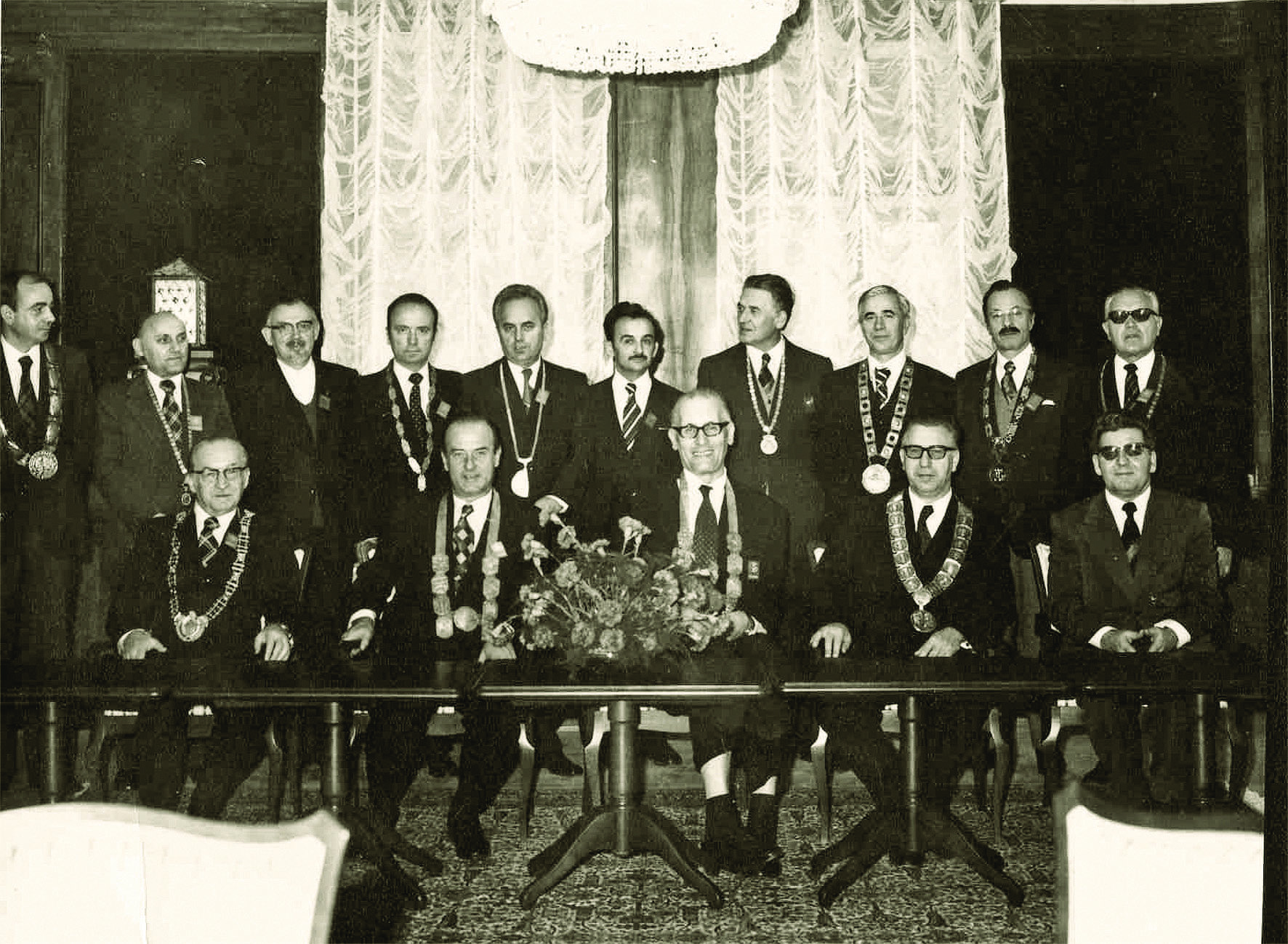 Before the establishment of the University, 4,952 students studied at colleges and faculties in Banja Luka. In the first year of the University's existence, there were 7,079 students, 3,445 of whom were full-time students. That year, 2,356 students were enrolled in the first year. The number of students taking all the exams was increasing for each academic year in this development period, and so was the number of those graduating. 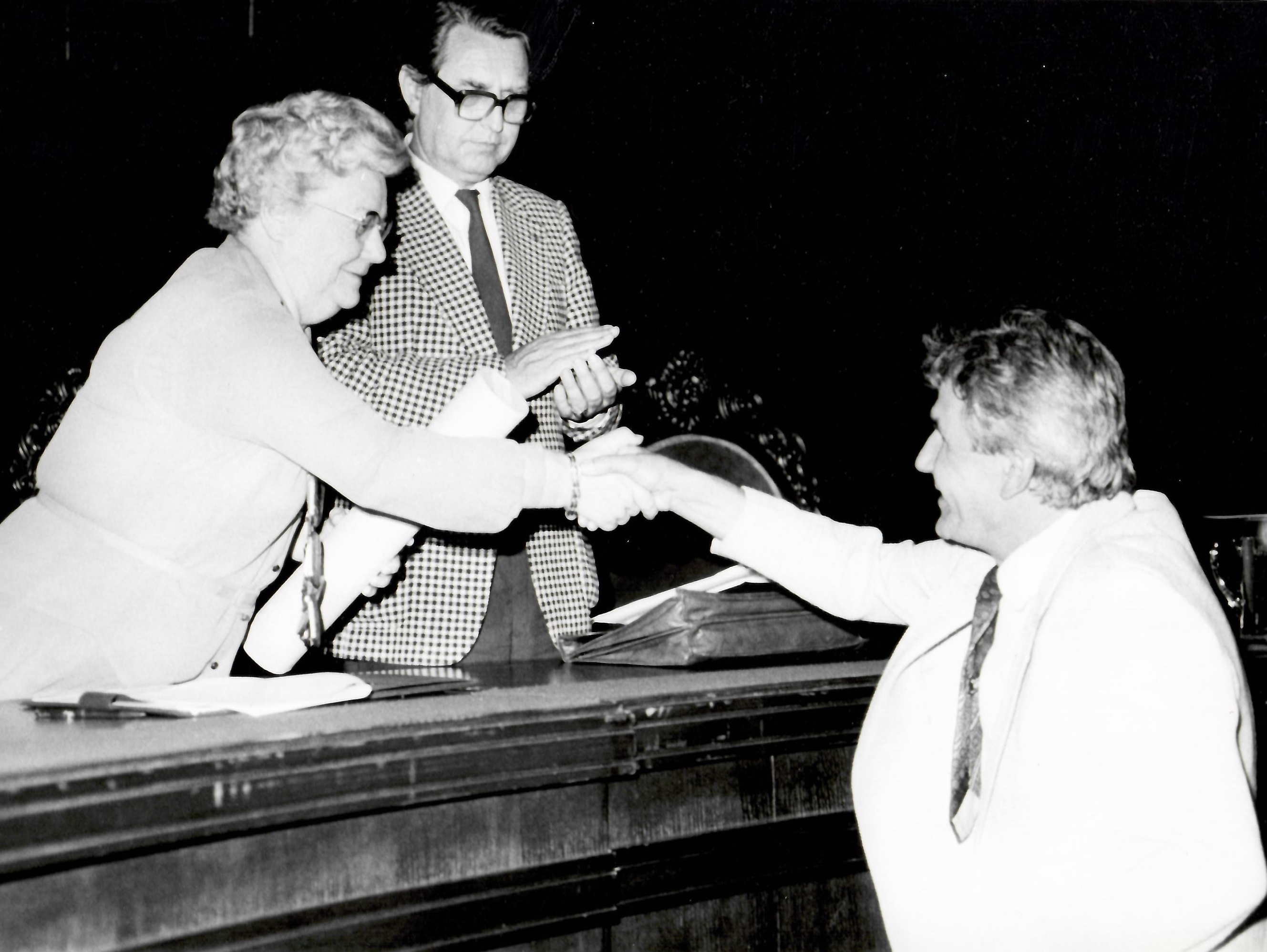 The University of Banja Luka adopted the ’Development Programme for the Period from 1976 to 1980’ in the first year of its existence. This document was of great importance for the proper, realistic and harmonious development of the University during the first five years of its existence. It set out the basic goals and tasks at the University of Banja Luka. Some of the most important issues in that programme were related to students and their standard, expanding the network of higher education organisations and expanding enrolment in studies. The priority tasks were: building student dormitories, providing continuous lending and scholarships to students, expanding and strengthening the Central Youth Cooperative, building a sports and recreation centre, student polyclinic, increasing space capacity and material opportunities for mass activity in cultural activities of students. 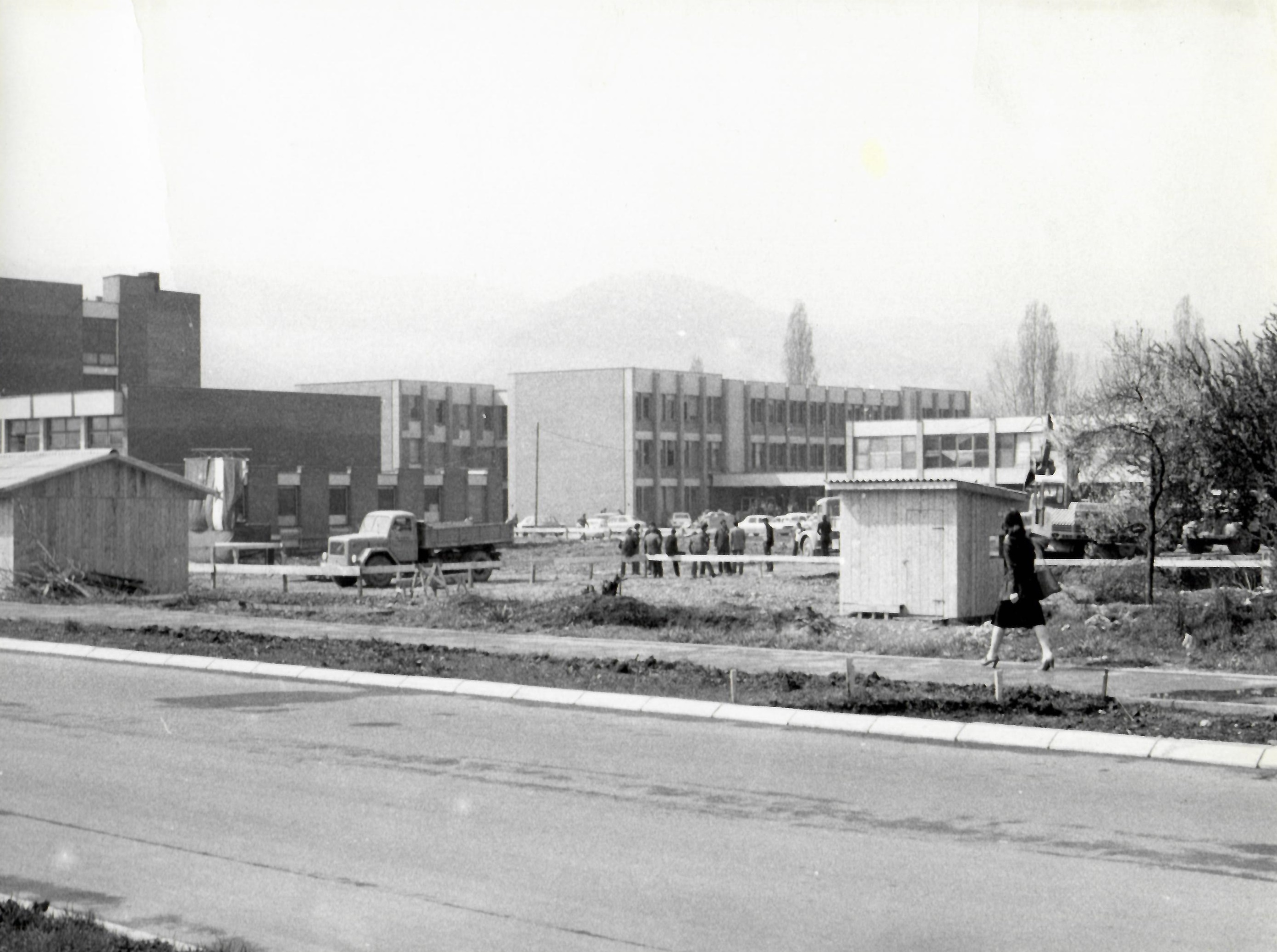 Between 1980 and 1985, some tasks at the University were completed (admission of new members, completion of investments, etc.), and the process of modernization and rationalization in higher education started. 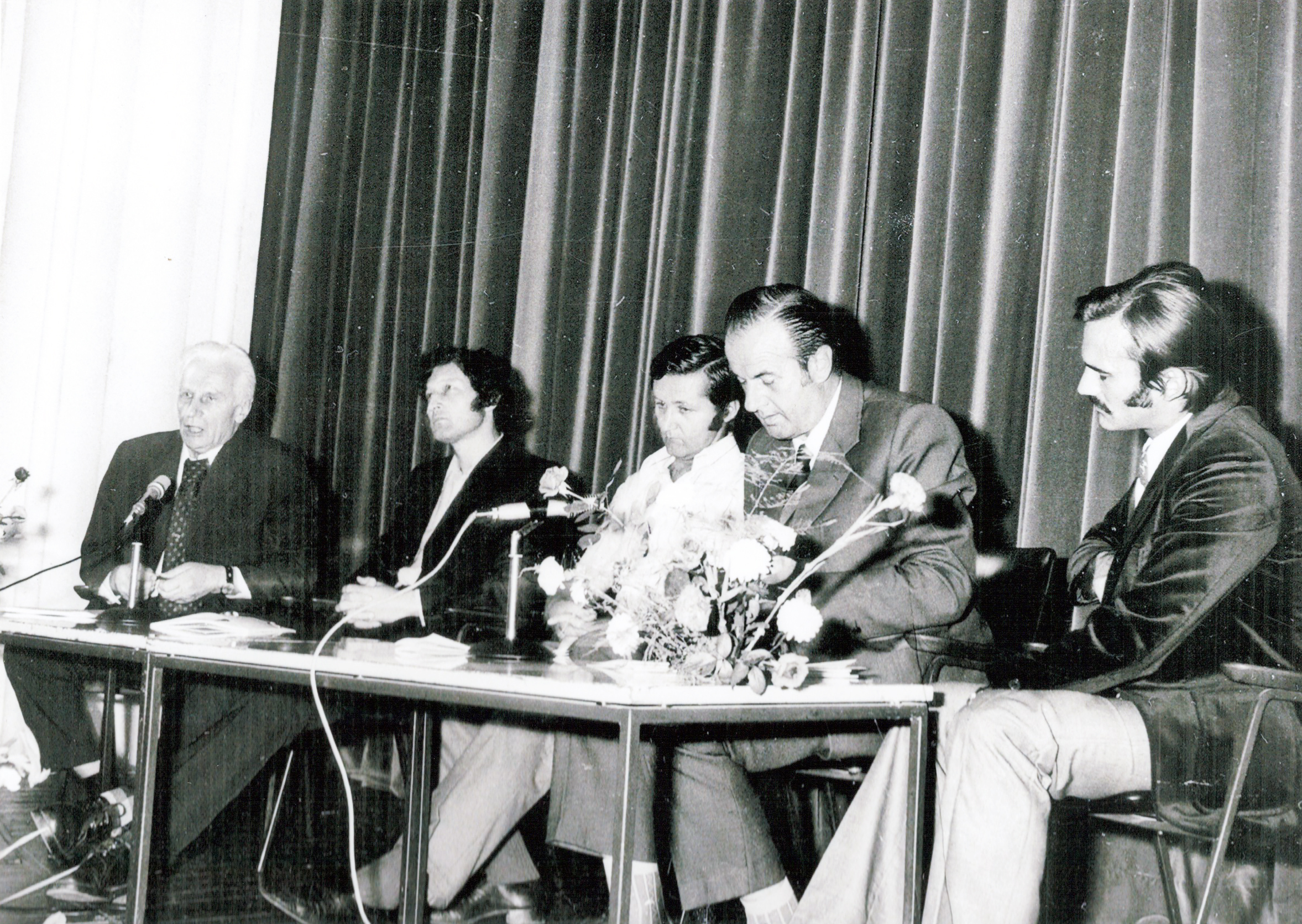 Accommodation and equipment of colleges and faculties in that period were constantly improving. With the construction of the University Centre, with 12,000 square meters of usable space, the first phase of constructing facilities and their equipping for the needs of the Faculty of Law, Faculty of Economics, Faculty of Mechanical Engineering and Faculty of Technology was completed. The Faculty of Electrical Engineering started to be reconstructed and upgraded, and the two colleges in Bihać were accommodated. Improving the equipment of laboratories, cabinets and libraries was also of great importance. During this period, the National and University Library ’Petar Kočić’ was permanently moved to the Solidarity Home, with an expanded reading rooms, which created better conditions for students, higher education teachers and teaching assistants. 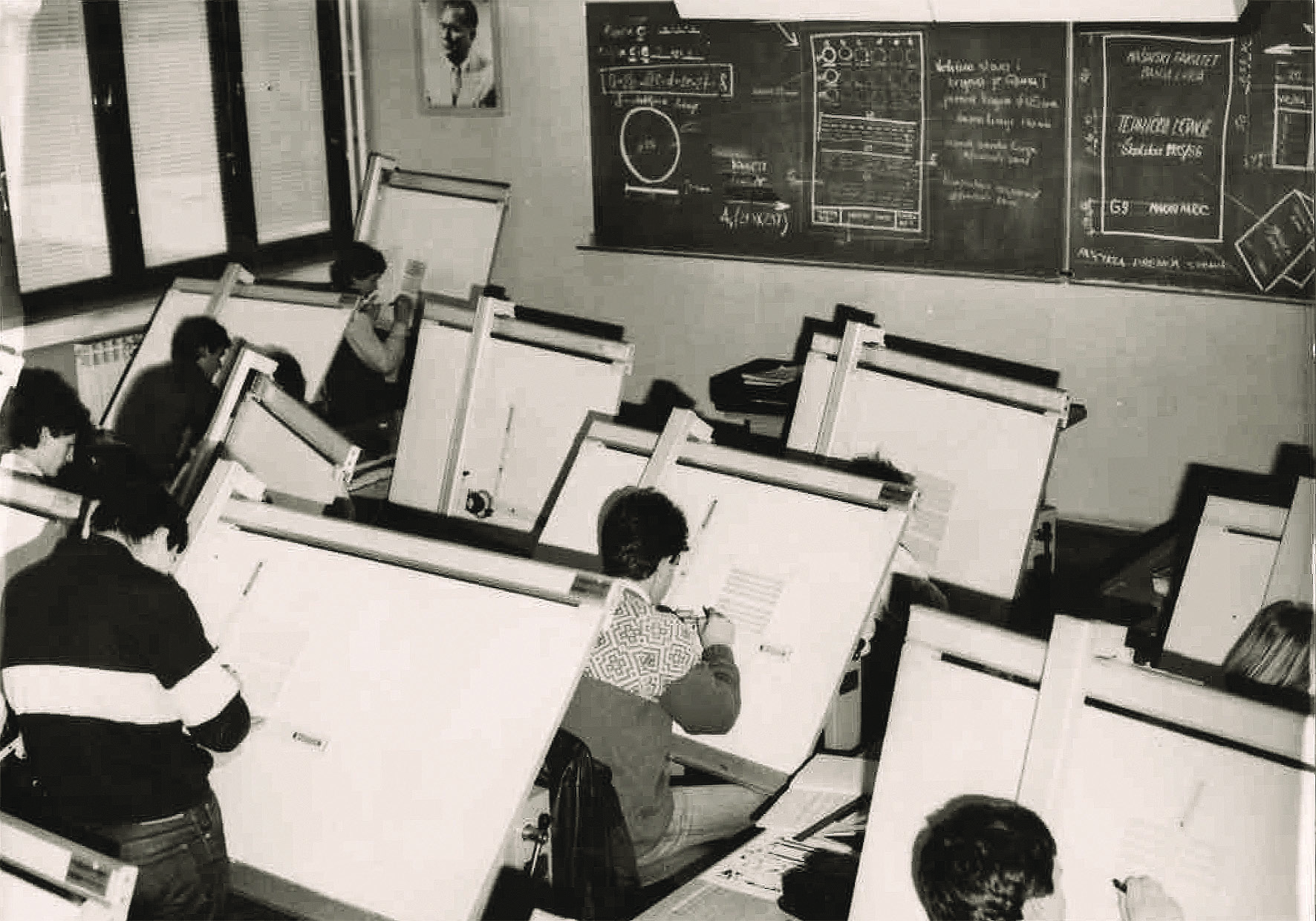 In 1985, there were 153 full-time professors and 91 teachings assistants at the faculties and colleges, while 82 professors and 41 teaching assistants were part-time employees. Between 11 March 1976, when the first doctoral dissertation was defended, and the end of 1984, a total of 13 candidates attained the degree of Doctor of Science at the University of Banja Luka, and 23 candidates defended their master's theses. In this period, 4,089 scientific papers, 123 scripts, 47 university textbooks and 95 professional-scientific books were published. All this confirms that considerable attention has been paid to scientific teaching and scientific research.

The period of development of the University from 1985 to 1992 was very specific and was characterized by very pronounced social and economic changes in the former Yugoslavia. However, with the great efforts of the business sector, government, educational and scientific organisations, progress has been made in all spheres of development of the University, so there is investment in the equipment of higher education organisations (computer, laboratory and others). Scientific research and practical work and connecting with the business sector was gradually coming to life.

The number of newly enrolled students was constantly increasing. The students started to orient themselves towards engineering sciences, and the number of part-time students decreased significantly. A stricter criterion of professors’ examinations was also noticed, which resulted in better quality.

In the academic year 1987/88, curricula were innovated and the structure of subjects was changed in accordance with modern trends. The staffing at some faculties and colleges was advanced, and according to law all teachers had to be doctors of science. Scientific research got especially affirmed through social goals. Altogether 50 books and hundreds of scientific and professional discussions and articles have been published, and a number of papers by our teachers have been cited in international scientific indices. 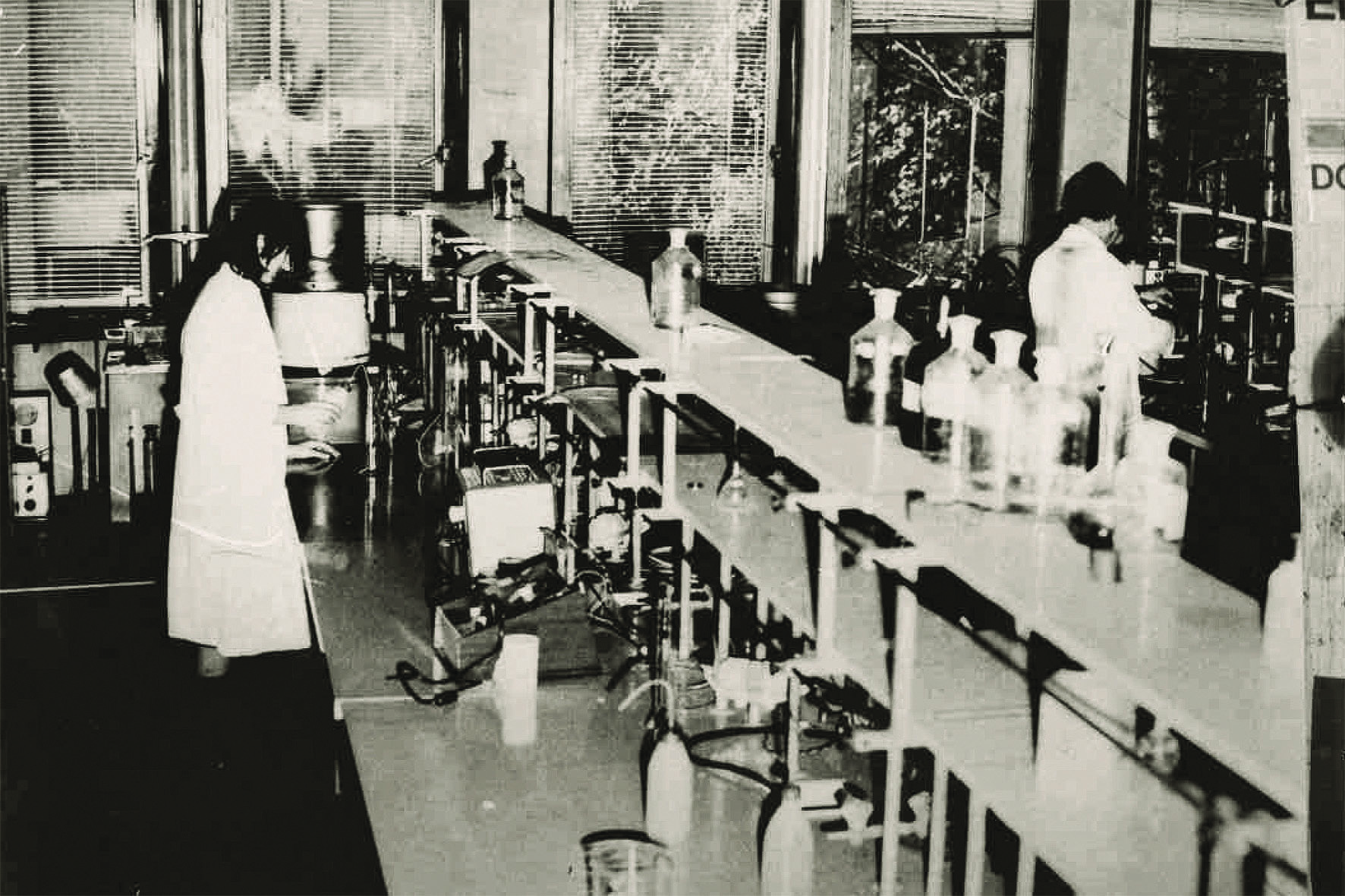 The period of development of the University from 1992 to 1996 was marked by the general social crisis, the defence-patriotic war and the disintegration of the former SFR Yugoslavia, the formation of the Republic of Srpska and the post-war socio-economic crisis. The war in Bosnia and Herzegovina hampered the work and development of the University of Banja Luka. Despite the crisis and the difficult situation, several faculties were established in this period, which over time grew into important members of the University. 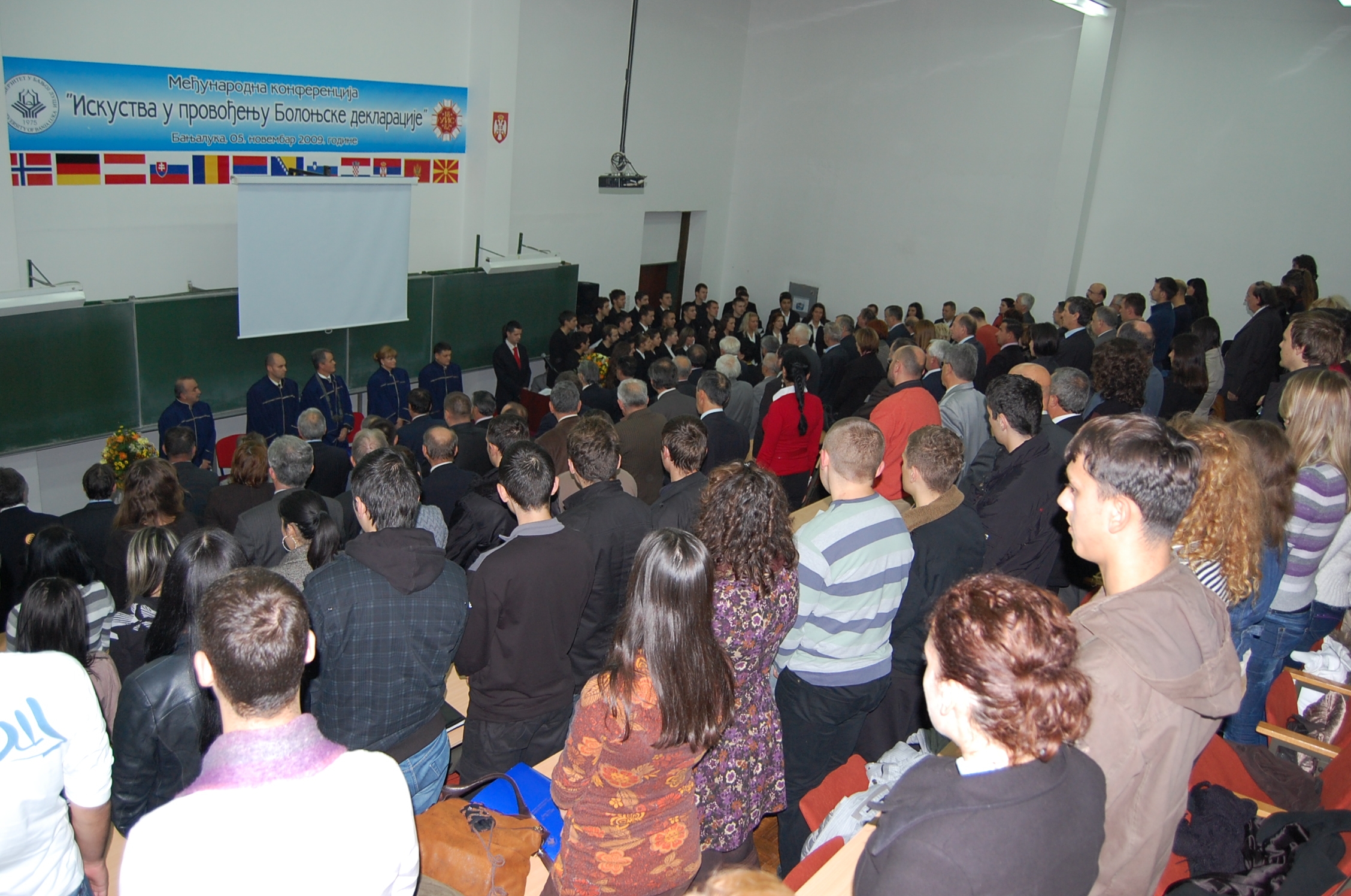 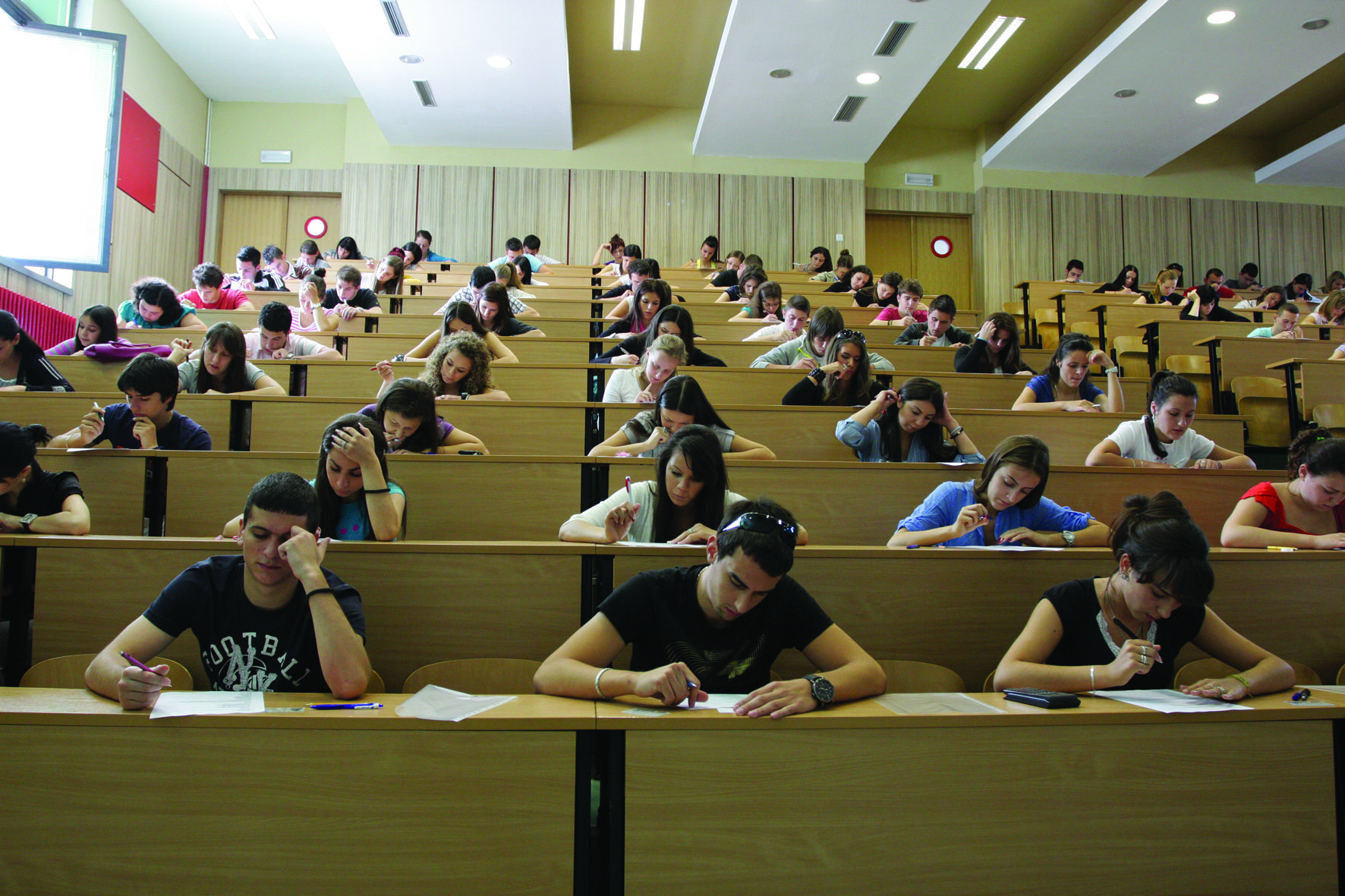 Teaching and scientific activities of the faculties were conducted through graduate and postgraduate studies. Apart from some shorter disruptions because of the war, the teaching process was conducted in accordance with the defined curricula. It was especially hard to conduct classes due to the heating problem, lack of exercise handouts, lack of electricity, lack of literature, etc. Despite the difficult conditions of studying, with exceptional efforts of students and teachers, a great number of students graduated and defended their specialist, master's and doctoral theses.

During this period, the faculties continued to work on a number of research projects, implementation of which started earlier. Research has also begun on new projects: small-scale applied research for the needs of manufacturing companies and government agencies. At that time, colleges and faculties organised several notable scientific and professional meetings, and teachers and teaching assistants published a number of publications.

Even in very difficult conditions, the University of Banja Luka managed to establish different forms of cooperation with the University of East Sarajevo and universities in the Federal Republic of Yugoslavia, and later with other universities in Bosnia and Herzegovina, Croatia, Macedonia and Slovenia. International cooperation has also been established with universities from Greece, Bulgaria, Spain, Italy, France, Austria, Great Britain, the USA, Russia, Germany, Switzerland, Belgium, the Netherlands and Norway.

At the end of this period, the exchange of students and professors, scientific journals, pedagogical experiences and scientific achievements is more frequent. The Bologna Declaration became a guide to the development of the University, the struggle for its autonomy, the reform of the teaching and research process, the introduction of European standards of study, etc. 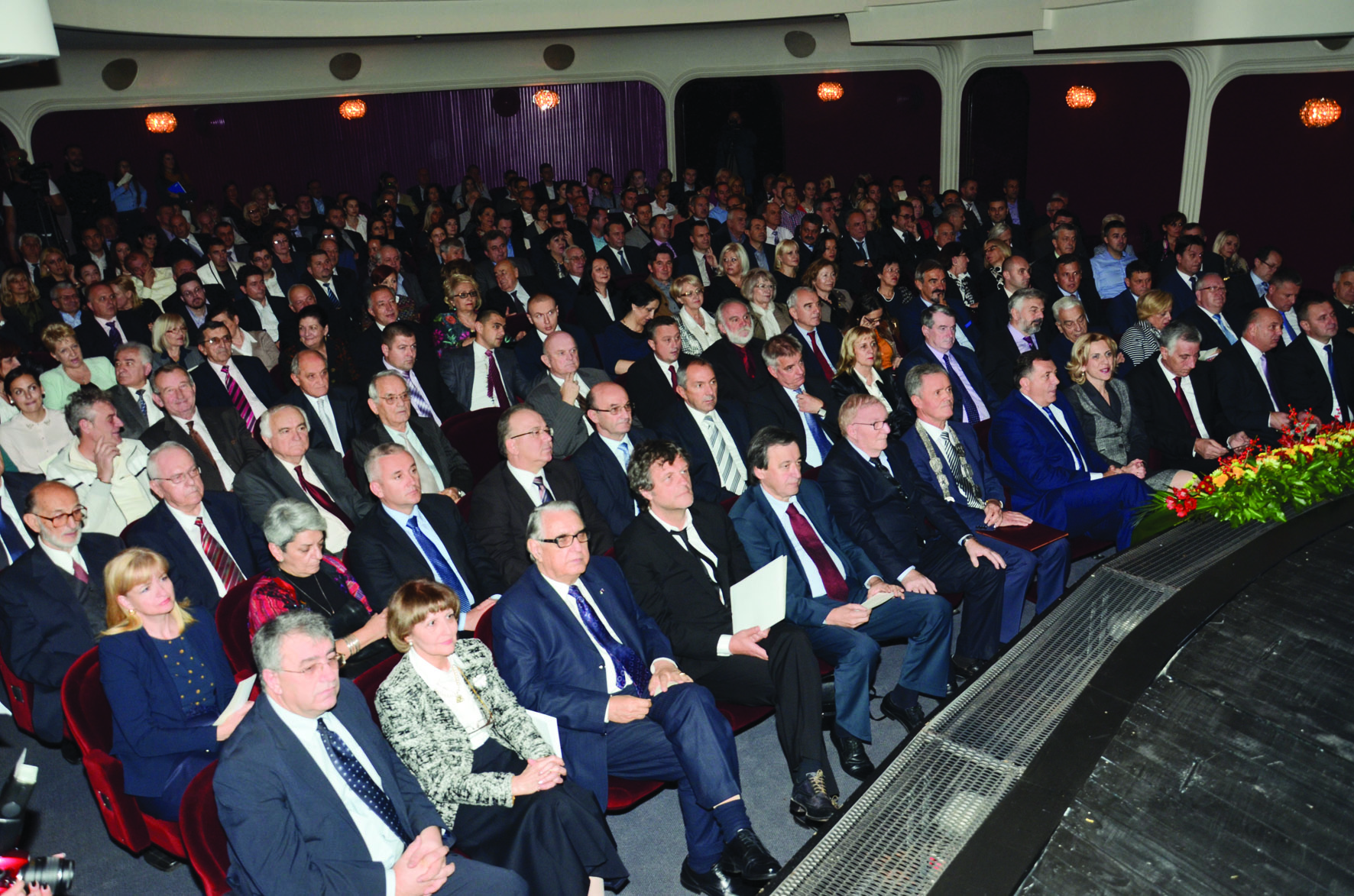 As of the academic year 2007/08, the application of the Bologna Process has begun in teaching in all study programmes, although some faculties had started applying it even earlier. A three-level study system was adopted and an ECTS system for evaluating the subjects and the total student workload was introduced, as well as the principle of an annual student workload of up to 60 ECTS. One-semester courses and student examinations divided into several units were introduced with the idea of increasing the students’ pass rate and the interactivity of the teaching process. In addition to the grouped scientific fields, a decision was made to group all the subjects (courses, modules) into the respective narrower scientific fields, regardless of the faculty at which they were taught. Certain faculties became thereafter home faculties for some of the scientific/art fields to be in charge of all the issues related to them.

In order to identify deficiencies, come up with proposals for their elimination and improve the overall operations, the University of Banja Luka constantly conducts internal evaluations, and it has decided to systematically regulate quality assurance issues. Thus, in 2009, the Quality Assurance Committee was established with the task of preparing quality strategies and policies. More to this, the Office for Quality Assurance has been established, which coordinates quality assurance activities with the University members.

As part of the University, in addition to the Institute of Genetic Resources, there were 20 other institutes, and they all operated as the University sub-members. As for international cooperation, from 1996 to 2015 the University participated in 89 Tempus (Trans-European Mobility Scheme for University Studies) projects, within which cooperation was established with all public universities in the Republic of Srpska and Bosnia and Herzegovina and numerous universities from the European Union. 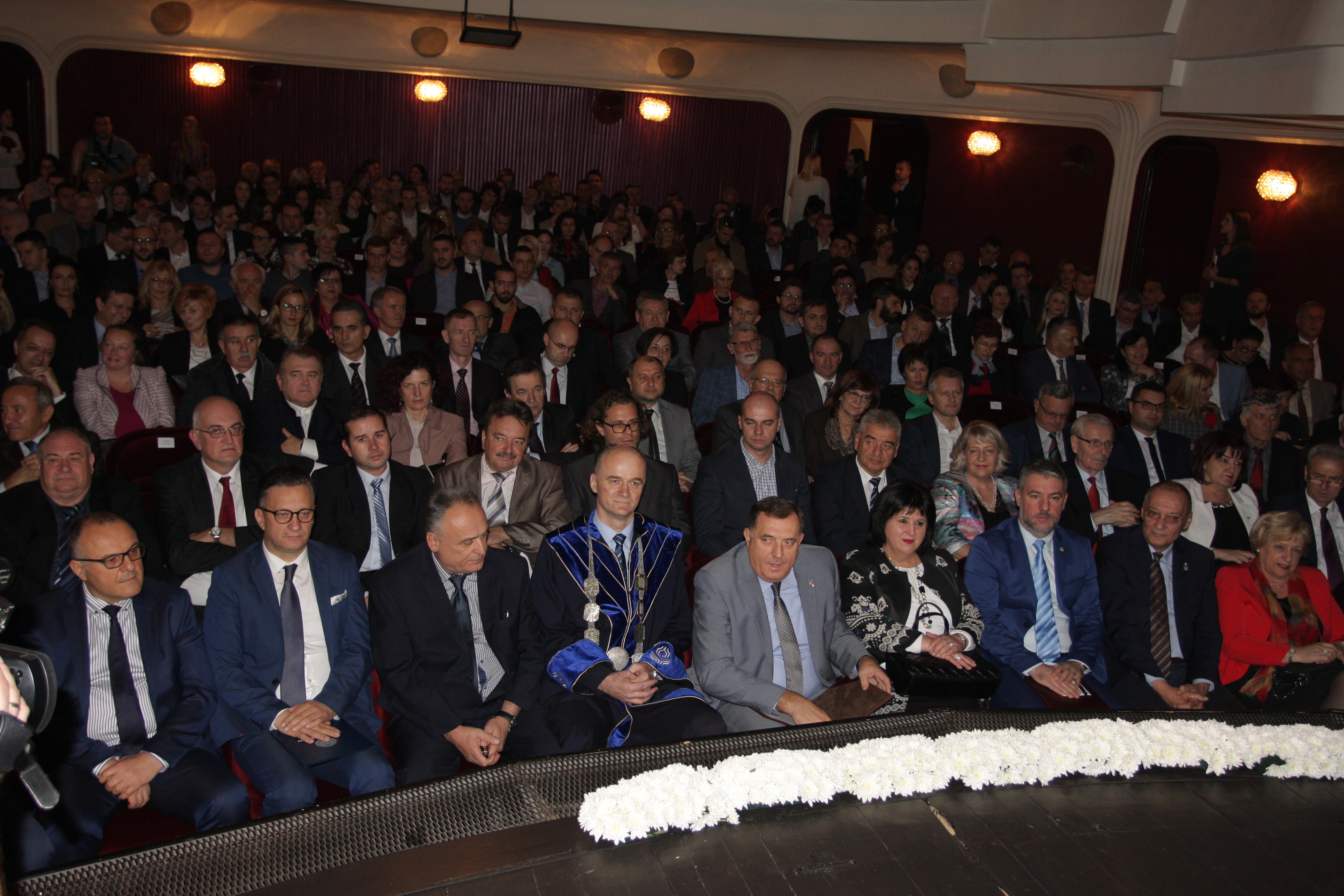 The number of students enrolled in the first year from 2010 to 2015 was as follows: 2010/11 – 3,756; 2011/12 – 2,980; 2012/13 – 3,322; 2013/14 – 3,614 and 2014/15 – 3,206 students. In 2015, around 18,000 students were studying at the University of Banja Luka (16,500 in the first cycle of studies), which was approximately 40% of students in the Republic of Srpska. In the same year, more than 63% of the total number of employed teaching staff had a permanent employment contract. There were 784 professors and teaching assistants with permanent employment contract. In addition, 459 external teachers and teaching assistants were engaged in teaching, 170 of whom on an additional employment basis, 168 were visiting professors and 121 expert associates engaged to carry out the clinical practice. Hence, there were 1,243 of those who took part in the teaching process, while 35 expert associates, 47 laboratory technicians and 476 administrative staff were in charge of administrative and technical tasks. The following study programmes had the greatest number of professors and teaching assistants: Economics and Business Management atthe Faculty of Economics, Plant Production at the Faculty of Agriculture and Medicine at the Faculty of Medicine.

In 2017, the University of Banja Luka had 58 licensed first-cycle study programmes, 64 second-cycle study programmes and 10 third-cycle study programmes at altogether 17 faculties. There were 807 professors and teaching assistants with permanent employment contracts. The increase in the number of full-time employees (professors, teaching assistants and administrative staff) between 2012 and 2016 was constant. While in 2012 their number was 1,248, in 2016 there were 115 more. At the same time, the number of students was decreasing significantly. In the academic year 2012/13, a total of 17,818 students were studying at the University, while in 2015/16 there were 15,513 students. Even though the University had active cooperation agreements with over 200 institutions around the world, analyses have shown that it is not appropriately recognised in the international academic community, neither in scientific research nor in education, which is in many ways reflected negatively in international cooperation. The relevant university document addressed this problem as follows: "The reasons for this situation are numerous: financial and infrastructural problems, lack of adequate funds and ways to co-finance student and teacher mobility, insufficient number of international research projects, modest number of research papers published in English in international reference journals, and publishing which is, for the most part, in Serbian language.”